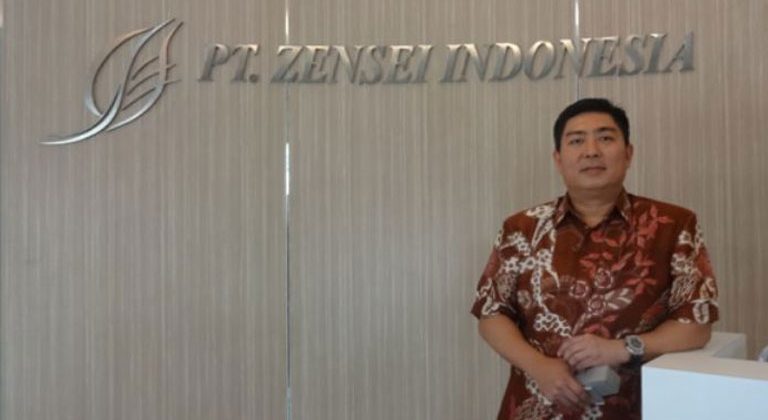 PT. Zensei Indonesia is one of the National Company engaged in the manufacture of disposable diaper products. PT. Zensei Indonesia was established in 2005 and started production since 2006 with the support of more than 200 experienced staff in their field .. Innovation is done continuously in the field of research and development to produce the best product. Products are marketed under the trademark “POPOKU”. There are two types of diaper variants produced by PT. Zensei Indonesia, namely baby diapers (adhesive type & pants type) and Adult diapers (adhesive type).

Office and Factory Locations
Office and also factory PT. Zensei Indonesia is located in Driyorejo, Gresik – East Java. Located near Surabaya-Mojokerto (Sumo) exit toll, it can be reached within 20 minutes from Citraland Surabaya, or 20 minutes from Sepanjang Sidoarjo and 30 minutes from Juanda International Airport Surabaya.
In 2012, PT. Zensei Indonesia expanded by opening a new factory in Cikupa-Tangerang, Banten. The purpose of opening a new factory in Cikupa is to have more production capacity so that demand in Jakarta and its surrounding areas can be met well. In addition, the opening of a new plant in Cikupa is also to reduce the cost of sending previously from East Java to the region.
PT. Zensei Indonesia has expanded its distribution network throughout Indonesia as well as export development. Popoku own products have also been exported to several regions of the Middle East, Africa, and some areas in Asia. Going forward, PT. Zensei Indonesia will also soon expand its distribution network throughout Asia.

Quality Control
Every product produced by PT. Zensei Indonesia will go through rigorous testing and supervision by the Quality Control ranks. To meet customer satisfaction, PT. Zensei Indonesia is committed to produce quality products, as well as affordable prices, in accordance with the Vision & Mission of the company.
Research and development activities are continuously conducted by the R & D Department, to generate innovative ideas in order to bring new products that are more attractive to the market and can be produced efficiently. In carrying out research and development activities, R & D department always pay attention to consumer demand and expectation to a product, that is by doing research and survey about consumer desire to a product.